is a municipality of about 4500 inhabitants in the Province of Como, in Lombardy.

Ponte Lambro’s a small town in the Triangolo Lariano, sleeping on Lambro river betweens beautiful mountains. The hamlet traces back to the Roman Age, its heritage witnessed by the archeological site Schieppo, where old walls, baths, grain depots, tombs and coins can be found. Ponte Lambro has been shaped by its economic activities, exploiting the soil and the river as best as it could. Now the area is dotted with silk flyers, paper mills and the famous Cotton mill (Cotonificio), the industry having reshaped the old hamlet in a new industrial village sorted in worker houses and managers residencies.
Ponte Lambro’s not only about its industry though: its churches and places of worship are renown in the area, among them the façade of Ponte’s parish church, made by the neoclassicist Simone Cantoni, and the San Bernardo Convent in Lezza.
From a panoramic point of view, the Sass Tavarac stands out the most. The crossing point between many paths leading to the most important mountains in the area, the Sass is well known by tourists and local alike. 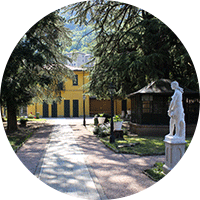 Starting from the Station, get to Piazza Puecher, keep on Via Guaita, Via Castelletti, Via Geret al Lambro and Via Piave, on the road you can get a nice view on the ancient paper and cotton mills.

Walking through the streets of Ponte Lambro, starting from the railway station, you can go to Piazza Puecher, following the tracks of the about 2000 workmen of the Cotton Mill; in the past they livened up the village. In 1891, an industrial Swiss group founded the Rauchmann, born from the purchase of a local industry of hats. For 20 years the Swiss industry imposed itself on Italian market, thanks to the production of several types of textiles. After this impulse to the Cotton Mill, the Rauschmann left Ponte Lambro. The production continued with the name “Cotton Mill of Ponte Lambro”. Since 1935, the success of the industry started to explode, selling the products in East Europe, Egypt and Latin America. Thanks to an aggressive politic of prices, considering the several textiles produced, the Cotton Mill reached the top of its success and chose to invest on the territory of Ponte Lambro, realizing actions of social utility, improving the quality of the work and influencing on the prestige of the town. During this period was built a complex for the workmen and their families, giving the possibility to them to live there. There were built also outlets and dining halls, there were introduced also activities after-work, playgrounds, a library, and a local band of Ponte Lambro.
Continuing the walk from Piazza Puecher, passing through Via Guaita, Via Castelletti, Via Geret al Lambro and Via Piave, you can immerse yourself into the streets in the shades of the houses of the workmen, where they lived with their families and spent time with the services offered by the firm.
Along the route you can also admire Villa Guaita, till some years ago it was seat of a retirement home. The Villa, dated back to 1700, is spread on two floors of more 1600mq and it is immersed in a wide park rich of old plants, recently renovated and opened to the public. In the park there are a tennis court, bocce court and the old aviary of Villa Guaita.
After the discover how the Cotton Mill has contributed to the development of the town nowadays, you can enjoy the park od Villa Guaita and the typical smell of the cortex and – why not? – eat a good ice cream!
www.villaguaita.com 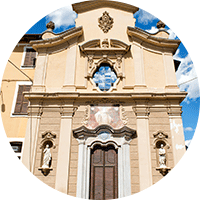 From Piazza Puecher, take Via Trieste and then Piazza IV Novembre until you reach Via San Salvatore. If you want, you can also pass by Via Nazario Sauro, Via Garibaldi and Via Filzi, watching the small “Santelle” (niches) along your way. The visit will last as long as you want.

In the winter nights, in front of a warm fire, with a wine glass and a handful chestnuts, it was told a story about a great man, who lived in medieval time in the territory of Ponte Lambro. Maybe the horrors of the time, the call of God, or maybe to expiate a sin, leaded Battista – the name of the man – to isolate himself from the world, to meditate and pray. So, taken the habit, he built his refuge not far from Letia, a group of buildings that know is called Lezza. In contract with that dark time, with its political and religious battles, started to rise the figure of San Bernardo of Chiaravalle. Thanks to his opera of preaching, San Bernardo gave new life to the medieval European spirituality, bringing lots of men to take the habit and repopulate abbeys or isolate themselves in refuges.
For contributing to the raising of the faith, the humble hermit chose to left the isolation to found a modest oratory in Letia, that had the name of San Bernardo. In few time other monks came together Battista, they get the spiritual legacy after his death and then continued to help people of the territory, teaching them new technics of cultivation, building banks and selling products.
Today, there are not traces of Battista’s oratory. However, it is the origin of the current Convento di San Bernardo, that hosts the most ancient church of Ponte Lambro. Around the church, characterized by a unique nave ended with a rectangular apsis, with a small chapel in the corners, there are the buildings those were part of the convent. The church and the convent have endured several restorations during the time, making the complex a mix of styles: from the rococo face to late-mannerist apsis, from the late-Renaissance ceiling till Megistretti’s operas. The church is rich of frescos and paints, as the Cena of Emmaus and the Madonna, conserved in the sacristy. The niche with Cristo crocefisso tra due santi monaci is one of the few traces of the original church. 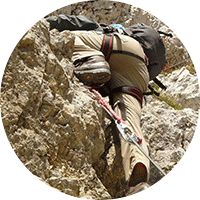 From Via Trieste take Via Guglielmo Marconi and cross SP 40 to reach the viewpoint.

Into the silence of the wood, interrupted only by your breath and the calls of sparrows, you can feel the attraction of the surrounding mounts. It a strong call, perceivable only by the most adventurous, totally mute for other ears. If your hear the voice of the mounts, from the streets of Ponte Lambro you can go to Sass Tavarac and enjoy the landscape along the route. From Ponte Lambro, the typical trial to reach Sass Tavarac is passing though Crevenna. From there, it is possible to get the trial that bring you to the Eremo of San Salvatore, that you have to visit, also useful to take a breath after a 30-minute walk. It a place for spiritual retreats, immersed in a silent atmosphere, as the nature respects the sacredness of the place. It was built by a group of Capuchins monks in 1536. Getting the trial, you proceed along a route into the wood, from altitude of 600 m, a 30-minute walk bring you to Sass Tavarac, at altitude of 720 m.
The cliff is a triangular vertical big calcareous rock of 60m, frequented by local climbers. Looking at the rock, on the right it is signed a Via Ferrata, with a level for experts. The low altitude, the South-East exposure, the easy trial to reach, made Sass Tavarac climbed in every season. A famous American alpinist, Ed Viesturs, who reached all the fourteen 8000, said “Getting to the top is optional. Getting down is mandatory”. For this reason, if you don’t have skills or equipment, you can get the route that bring you back to the valley, after enjoying the view from the rock. Who has the experience and the courage can climb the cliff, between adrenaline vertical landscapes and breath-taking transverses. Get the top, you can overlook the surrounding: be enchanted by the brilliant blue of the sky and the deep blue of the lake, divided by Corno di Canzo and Mount Cornizzolo. It is obviously that higher up you go, you can see further.
The hike is also a walk to yourself: everywhere you stop, at the Sass Tavarac or at the top, you can discover how a day immersed in the nature and in the silence know how to restore the body and the soul of a man.
Itinerary

HOW TO REACH PONTE LAMBRO

By Car:
From Como: get SS 342 to Lecco, in direction to Bergamo

From Lecco: get SS 36 to Milano, then exit at Como/Erba and keep driving on SS 41

From Milan: get SS 36 to Lecco, then exit at Molteno/Merone and keep driving on SS 41 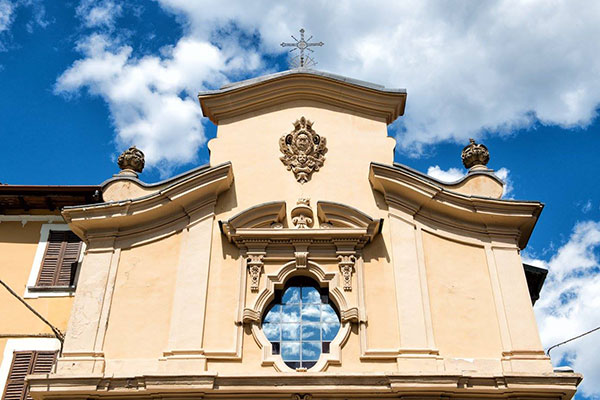 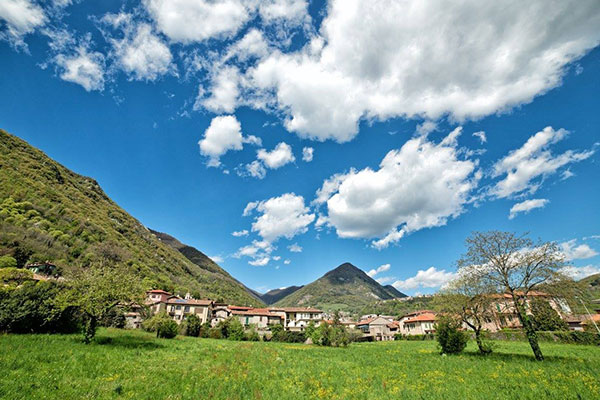 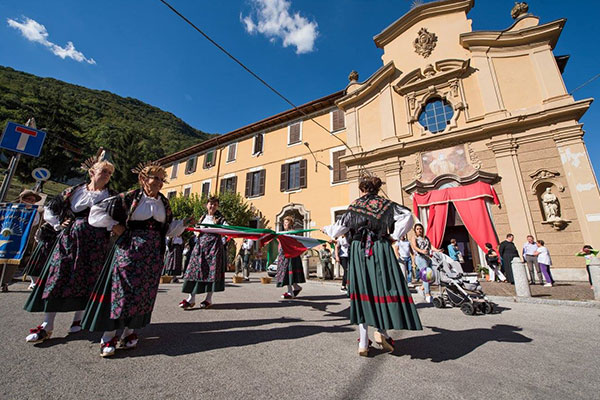